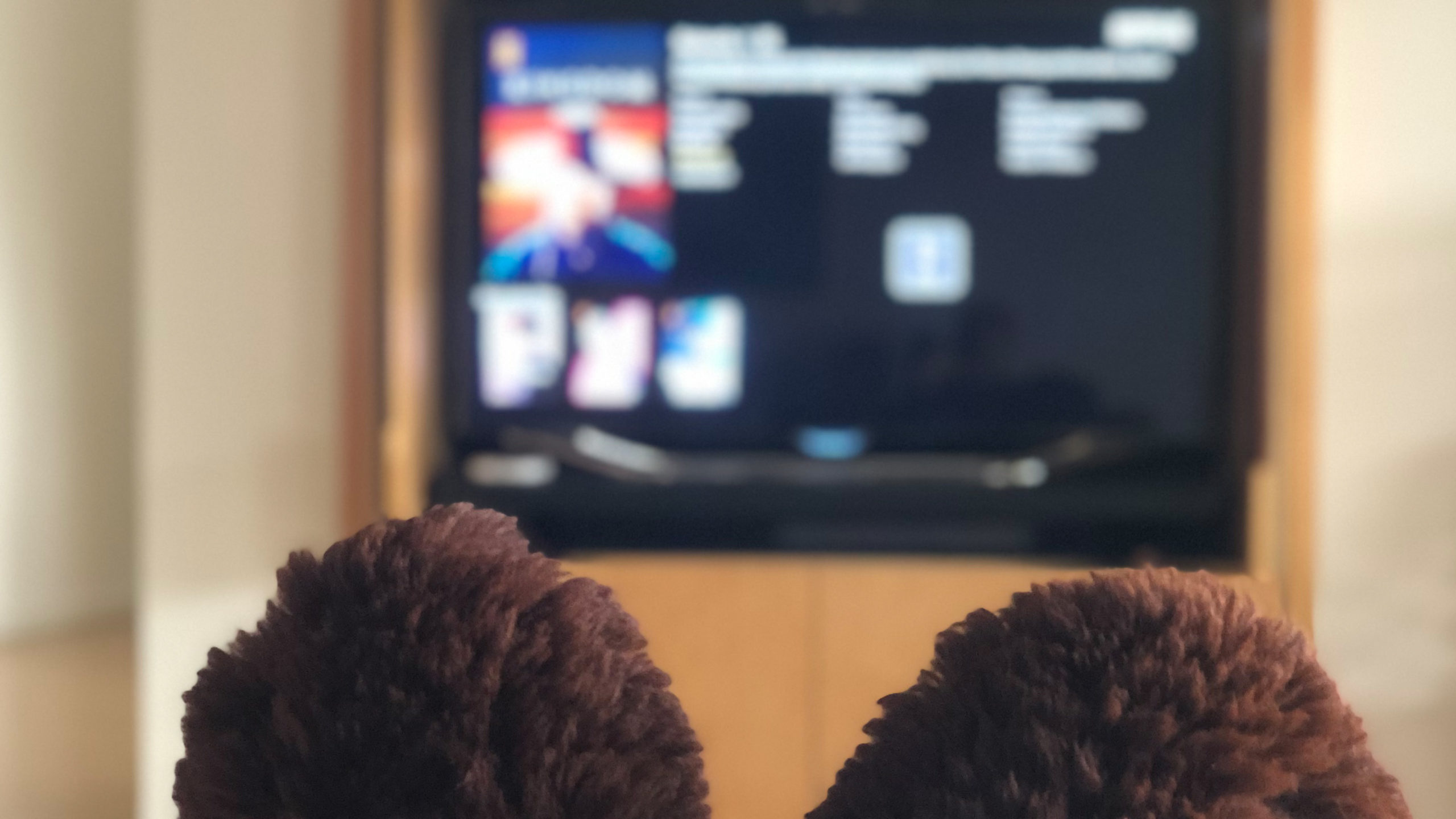 We hope you’re safe, hopeful, and healthy as you stay at home during this crisis. Novel coronavirus / COVID-19 is keeping us all indoors, so there’s really no better time to work on that watch-list, binge on some TV series, or settle in with a classic movie.

Racer M, David, Anderson, and Cory held a virtual round-table to recommend what to watch as we all commit to social distancing.

RACER M: I think it’s fascinating that sometimes being forced to stay home can remove the joy from an otherwise pleasurable activity. I sustain myself on a balanced diet of film and television (yes, I need to read more), so under normal circumstances, staying home and catching up on my backlog would be right up my alley. But with Coronavirus, it’s possible to feel down about binging.

HBO’s Westworld is gonna be my first rec. Two seasons in with the third premiering just this past weekend, the show is about a near-future amusement park where guests can live out their wildest (and darkest) fantasies in a Wild West-themed environment populated by robots. Called hosts, these artificially intelligent beings are subjected to whatever guests want, and let’s just say the guests aren’t always too kind.

Normally, the hosts’ memories of guests’ misdeeds against them are erased. The trouble arises when some of the hosts start to remember. This sci-fi epic from Lisa Joy and Jonathan Nolan is a heady tale that will benefit from the undivided attention self-quarantine will likely provide.

CORY: Wow, M, that’s a good one! I’m not a big TV guy because it’s such an investment – time and emotions – to get involved in these sweeping, epic sagas. But I must say you sold me on Westworld. I believe that’s based on a Michael Crichton novel, too (speaking of the need to read more!).

I’m gonna suggest a movie that will take a mere two hours of your time, but every minute packed with fun for the entire family. As most school districts have now been shut down for at least the next few weeks due to this crisis, this is the perfect time for good, wholesome family entertainment.

I’m  highly recommending The Greatest Showman starring everybody’s favorite guy Hugh Jackman. The rest of this amazing cast includes Michelle Williams, Zac Efron, Zendaya, and Rebecca Ferguson. Plus, there are a bunch of newcomers in the cast that steal the show, almost literally. You want music? These are the best melodies for times like these – the songs are inspirational, uplifting, and joyous. You want over-the-top dance numbers? Check. You want romance? Two of the hottest actors of all time totally hook up (in a completely PG way, I promise!) – a taboo love story you’ll never forget.

Don’t take my word for it – watch this movie with the entire family. You can thank me later after you’re done crying – happy tears, I promise! You can rent or buy the movie on Amazon Prime.

RACER M: Oh man! I’ve been meaning to get around to that one, even if musicals aren’t my favorite. I picked it up on 4K on the Black Friday before last, but it’s been buried by my aforementioned backlog.

I love Huge Jacked Man, and I know dude’s got mad pipes. The rest of the cast you named is definitely a draw too, but I wanna give a special shout to the Black Manta himself, Yahya Abdul-Mateen II (Aquaman). I love everything Yahya’s been in so far, which is impressive considering he literally just started his acting career and he’s already been in the Netflix show The Get Down, The Matrix 4, and Candyman. If that’s not enough to astound you, he’s a former city planner for San Francisco – if you Google his name, the title under his bio excerpt is “American Architect.”

By the way, Westworld (1973) was actually not a novel, but a film written and directed by Michael Crichton. If you feel the need to watch it, do so before seeing the show – it will really make you appreciate what Lisa and Jonathan were able to mine from such a basic premise.

Let’s shift gears into my next rec: The Invitation, directed by Karyn Kusama.

Anyone who’s been to their fair share of dinner parties knows that, at times, it means being trapped with some folks you might not otherwise spend time with. Awkward, perhaps, but you’d be hard-pressed to match the discomfort Kusama crafts in this film.

When a man’s ex-wife invites him to her dinner party with her friends and new beau, the loss that separated the former couple bubbles over into some serious paranoia. Great performances all around with character actor John Carroll Lynch bringing the eeriness he’s always so adept at. The film can happily be found on Netflix.

Hope no one’s stuck at home with someone they don’t like!

DAVID: Westworld is a great one M, BUT, let us say that we both like or even love that first amazing season… and let’s stop there 🙂

RACER M: I literally just finished my rewatch of season 2 – please let me bring you back on board. Otherwise: freeze all motor functions.

DAVID: The Greatest Showman is get-away fun for sure, Cory! Great songs and the visuals are spectacular! Just don’t read up on the real PT Barnum… then you’ll just get mad. “Man, David… you can be such a downer.” Just trying to see both sides!

My movie is… Miracle Mile… now you can rip me apart!  I recommended this movie for anyone who loves the “end of the world” theme. There are a bunch of stars in this film, too. And it’s an eighties film!  -Mic drop-

You can rent or purchase Miracle Mile on Amazon Prime.

CORY: Well, I see Racer M and David have quite the proclivity for the dark and unsettling.

Kudos to M for recognizing an Asian-American director for The Invitation, and a female director to boot! Double kudos!!

Miracle Mile… you got me, Dave! I’m ashamed to say I’ve never seen it. Props for recommending any movie with Anthony Edwards – now I’m tempted to suggest Revenge of the Nerds, but that’s low-hanging fruit. 🙂

Once the kids go to bed for the night, however, the adults probably do want some good raunchy fun. So my next recommendation is History of the World, Part 1.

This Mel Brooks screwball comedy used to play on TV when I was a kid (before the days of cable) so I don’t think I watched the unedited version until I was a young adult. The humor in this movie is silly and dirty, but funnier than you can imagine and smarter than you would predict. The jokes are unrelenting – don’t miss a single scene. Guaranteed laughs… I guarantee it! We are definitely in need of levity in times like these.

Stream this movie on YouTube or GooglePlay. But, if I were you I’d spring for the Blu-ray. This is one for the collection!

ANDERSON: Hey guys, my turn to chime in. Although Cory is not a TV guy, as we self-isolate, now is the time to finally go through our very long Netflix queues.

A gem of a Netflix drama I recommend is GIRI/HAJI, a Japan/UK co-production that originally aired on the BBC. It’s a mystery crime noir series about a Japanese cop who must travel to London to find his long-lost brother who is a Yakuza assassin. He enlists the help of a Scottish detective played by Kelly McDonald (TRAINSPOTTING), who has been shunned by her own department for an incident in her past. It’s a great show, mixing elements of anime, a family drama, yakuza lore, etc. It is a cross-cultural story and the acting is fantastic.

One more rec: HUNTERS on Amazon Prime, with Jordan Peele as executive producer and starring Al Pacino. Set in the 1970’s, it’s about a secret organization of “hunters” who track down Nazis in New York City. It’s Tarantino-esque and the different cast of characters, including Louis Ozawa as Joe Mizushima are all bad-ass!

CORY: GIRI/HAJI –  now that sounds like something different! I love a well-executed neo-noir. Looks insane!

DAVID: I’m a slow Netflix watcher for one reason… too much content. I only watch recommendations from friends or else I’m flipping through titles aimlessly. I’m on Hunters now and it started off real good, so I’m quite anxious to finish it. But, I’m more excited to see Amazon Prime’s, The Boys, 2nd season! It’s a superhero genre turned on its head! It’s brutal, un-pc, and craaaazy!  But just like Robocop, it’s a social commentary at heart that justifies its gratuitous action and gore.

Be sure to check out Sung and Racer M in conversation picking their favorite TV and movies for 2020.

Let us know your own recommendations in the comments below. What else are you doing to pass the time?

During these times of distress, be courageous and prayerful. Help your neighbors, be kind, and practice self-care.

Spread love, not fear. Even though we’re separated from each other temporarily, we’re going to get through this thing together.